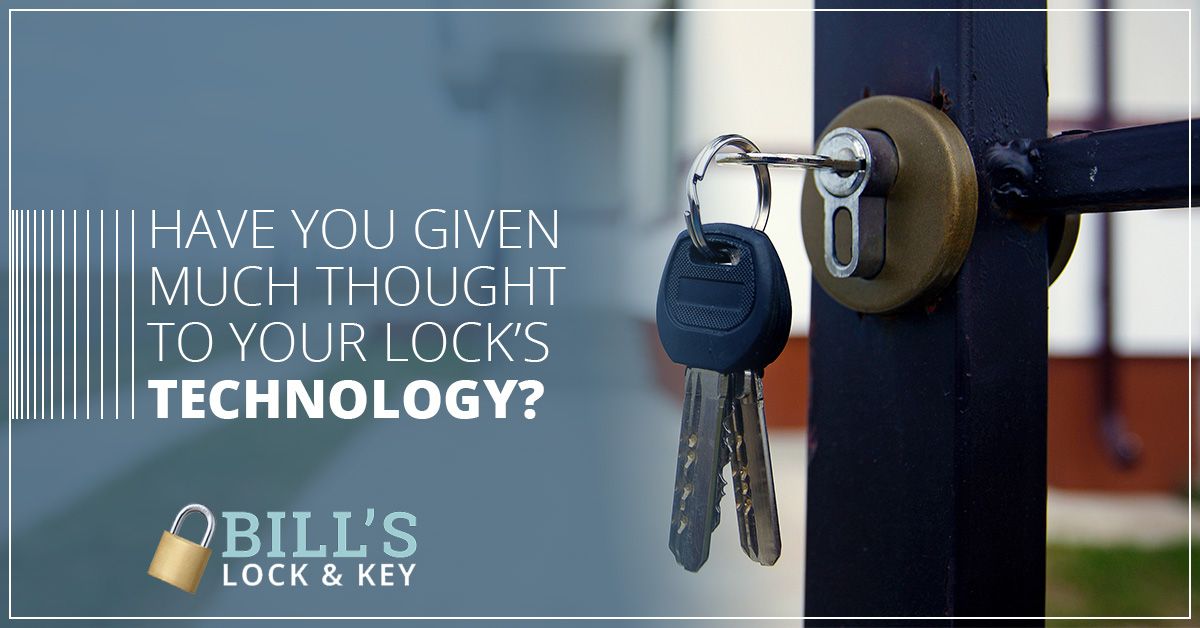 Have You Given Much Thought to Your Lock’s Technology

The modern-day lock has a long history. And, the way the technology evolved to become what it is today is pretty amazing. We are locksmiths, and we know that the history of how that deadbolt came to be on your door, or the origin of the combination lock you use on your bicycle, isn’t going to help keep you any safer. We just love this stuff and think it is really cool. And, we thought there might be some other safety and security nerds out there among our readers. So, here you go.

The earliest known locks are more than 6,000 years old. It seems, according to archaeologists, that ancient Mesopotamians used locks that weren’t too terribly different than the locks we use today. They were made of wood, which is different; but, just like a lot of modern locks, they had pins of different lengths that required the correct key to be used in order to open the lock. We can’t help but wonder if these locks put a bunch of guards out of business, because we would imagine that before the invention of these locks, the only option for security was to have some big burly dudes with spears standing watch at your door 24/7.

Brass is still a popular metal today, and it was first used in locks when the Egyptians used it for pins in their locks. This simple change was a vast improvement to the security provided by the original Mesopotamian locks. Over the next few hundred years, this basic locking mechanism found its way to Europe via the Greek and Roman Empires. And, like a lot of technology today, it kept shrinking and getting better along the way. The Romans, who were apparently the first people to have anything small that was worth locking up, started putting locking mechanisms on drawers and other small boxes and containers.

Those simple locks, made of wood or a combination of wood and brass, remained the standard until the middle ages when the first all-metal locks were created in England. These same innovators created the warded lock, which is still used today. The difference between the warded lock and the simple key and pin lock is that the newer model included a series of plates that kept a key from turning unless the key and the notches in the plates were an exact match.

The warded lock also ushered in the era of the first locksmiths. They were the skilled craftsmen and metalworkers who designed the locks and keys. Many were ornate, and included family crests and other designs.

While these locks were an improvement, they certainly weren’t perfect. If someone had the right knowhow and tools, they could create a master key to open virtually any lock. These were known as skeleton keys. Today, skeleton keys are collectors items, and some can fetch a pretty hefty price.

The modern era of locks and locksmithing didn’t begin until the industrial age brought with it the technology to create much more sophisticated security systems. In 1778, the first double-acting lever tumbler lock was introduced. Robert Barron, the inventor, heralded it as the most secure lock ever created.

Unfortunately for Mr. Barron, his lock still proved pretty easy to pick. And, in 1784 a new lock was patented by fellow Englishman Joseph Bramah. His design remains almost unchanged and is still being manufactured and used in London. The lock still had wafers resembling the plates in a warded lock, but it added some pretty complex levers and systems that made it much more secure. He even offered 200 gold guineas to anyone that could pick the lock. That’s the equivalent of about $200,000 today. And in 1851, after 51 hours, American locksmith Alfred Hobbs finally cracked the lock.

Thanks in large part to the success of Mr. Bramah’s lock, the British Government held a contest in 1917 for the design of a new lock that was 100 percent impenetrable without the proper key. The winner, Jeremiah Chubb, added one keen enhancement to the Bramah lock —a detector system that jammed the lock if any key, other than the correct key, was inserted. Do you want to know who finally picked that lock? It was Alfred Hobbs, the same American locksmith who spent more than two full days picking the original Bramah lock. We can’t help but wonder, with all of his lockpicking success, if perhaps Mr. Hobbs may have carried on a double life. One as locksmith, and one as thief.

The golden era of British lock technology ended when Mr. Hobbs picked the Chubb lock. In 1843 the pin and tumbler lock was patented by an American. It took things back to basics, and was much more similar to the old Egyptian locks than the fancy British locks. Linus Yale, the patent holder, also invented the modern-day grooved key that we use today.The improvement he made to the original pin-based locks was quite simple, and quite ingenious. Instead of moving one pin at a time into place, every pin had to be locked, and held in position with the rest of the pins, in order for a bolt and turn the key. That’s how the lock you’ve probably got on your front door works.

Next Steps in Locking Technology

With all of the remote access, keycard, and other technology we’re using at work and in our homes today, it is not difficult to imagine a world where we’ll unlock doors with our voices, through facial recognition, or with some as yet undiscovered technology. We’re looking forward to seeing what’s next.

Meanwhile, we still need to protect our homes, our families, and our belongings. So, whether you need your locks rekeyed, new locks installed, or are considering a home security system, the pros at Bill’s Lock and Key are standing by to help. Just stop by our shop in Albuquerque or give us a call. We’re here to help. No job is too big or too small.